A How busy is too busy? For some it means having to miss the occasional long lunch; for others it means missing lunch altogether. For a few, it is not being able to take a “sickie” once a month. Then there is a group of people for whom working every evening and weekend is normal, and frantic is the tempo of their lives. For most senior executives, workloads swing between extremely busy and frenzied. The vice-president of the management consultancy AT Kearney and its head of telecommunications for the Asia-Pacific region, Neil Plumridge, says his work weeks vary from a “manageable” 45 hours to 80 hours, but average 60 hours.

B Three warning signs alert Plumridge about his workload: sleep, scheduling and family. He knows he has too much on when he gets less than six hours of sleep for three consecutive nights; when he is constantly having to reschedule appointments; “and the third one is on the family side”, says Plumridge, the father of a three-year-old daughter, and expecting a second child in October. “If I happen to miss a birthday or anniversary, I know things are out of control.” Being “too busy” is highly subjective. But for any individual, the perception of being too busy over a prolonged period can start showing up as stress: disturbed sleep, and declining mental and physical health. National workers’ compensation figures show stress causes the most lost time of any workplace injury. Employees suffering stress are off work an average of 16.6 weeks. The effects of stress are also expensive. Comcare, the Federal Government insurer, reports that in 2003-04, claims for psychological injury accounted for 7% of claims but almost 27% of claim costs. Experts say the key to dealing with stress is not to focus on relief – a game of golf or a massage – but to reassess workloads. Neil Plumridge says he makes it a priority to work out what has to change; that might mean allocating extra resources to a job, allowing more time or changing expectations. The decision may take several days. He also relies on the advice of colleagues, saying his peers coach each other with business problems. “Just a fresh pair of eyes over an issue can help,” he says.

C Executive stress is not confined to big organizations. Vanessa Stoykov has been running her own advertising and public relations business for seven years, specializing in work for financial and professional services firms. Evolution Media has grown so fast that it debuted on the BRW Fast 100 list of fastest-growing small enterprises last year – just after Stoykov had her first child. Stoykov thrives on the mental stimulation of running her own business. “Like everyone, I have the occasional day when I think my head’s going to blow off,” she says. Because of the growth phase the business is in, Stoykov has to concentrate on short-term stress relief – weekends in the mountains, the occasional “mental health” day – rather than delegating more work. She says: “We’re hiring more people, but you need to train them, teach them about the culture and the clients, so it’s actually more work rather than less.”

D Identify the causes: Jan Elsnera, Melbourne psychologist who specializes in executive coaching, says thriving on a demanding workload is typical of senior executives and other high-potential business people. She says there is no one-size-fits-all approach to stress: some people work best with high-adrenalin periods followed by quieter patches, while others thrive under sustained pressure. “We could take urine and blood hormonal measures and pass a judgment of whether someone’s physiologically stressed or not,” she says. “But that’s not going to give us an indicator of what their experience of stress is, and what the emotional and cognitive impacts of stress are going to be.”

E Eisner’s practice is informed by a movement known as positive psychology, a school of thought that argues “positive” experiences – feeling engaged, challenged, and that one is making a contribution to something meaningful – do not balance out negative ones such as stress; instead, they help people increase their resilience over time. Good stress, or positive experiences of being challenged and rewarded, is thus cumulative in the same way as bad stress. Elsner says many of the senior businesspeople she coaches are relying more on regulating bad stress through methods such as meditation and yoga. She points to research showing that meditation can alter the biochemistry of the brain and actually help people “retrain” the way their brains and bodies react to stress. “Meditation and yoga enable you to shift the way that your brain reacts, so if you get proficient at it you’re in control.”

F The Australian vice-president of AT Kearney, Neil Plumridge, says: “Often stress is caused by our setting unrealistic expectations of ourselves. I’ll promise a client I’ll do something tomorrow, and then promise another client the same thing, when I really know it’s not going to happen. I’ve put stress on myself when I could have said to the clients: ‘Why don’t I give that to you in 48 hours?’ The client doesn’t care.” Over-committing is something people experience as an individual problem. We explain it as the result of procrastination or Parkinson’s law: that work expands to fill the time available. New research indicates that people may be hard-wired to do it.

G A study in the February issue of the Journal of Experimental Psychology shows that people always believe they will be less busy in the future than now. This is a misapprehension, according to the authors of the report, Professor Gal Zauberman, of the University of North Carolina, and Professor John Lynch, of Duke University. “On average, an individual will be just as busy two weeks or a month from now as he or she is today. But that is not how it appears to be in everyday life,” they wrote. “People often make commitments long in advance that they would never make if the same commitments required immediate action. That is, they discount future time investments relatively steeply.” Why do we perceive a greater “surplus” of time in the future than in the present? The researchers suggest that people underestimate completion times for tasks stretching into the future, and that they are bad at imagining future competition for their time.

Use the information in the passage to match the people (listed A-D) with opinions or deeds below.

Write the appropriate letters A-D in boxes 14-18 on your answer sheet.

NB You may use any letter more than once.

1．Work stress usually happens in the high level of a business.

2．More people’s ideas involved would be beneficial for stress relief.

4．Stress leads to a wrong direction when trying to satisfy customers.

5．It is not correct that stress in the future will be eased more than now.

Choose the correct letter, A, B, C or D.

A. Not enough time spend on family

B. Unable to concentrate on work

7. Which of the following solution is NOT mentioned in helping reduce the work pressure according to Plumridge

D. Do sports and massage

8. What is point of view of Jan Elsnera towards work stress

A. Medical test can only reveal part of the data needed to cope with stress

B. Index somebody samples will be abnormal in a stressful experience

C. Emotional and cognitive affection is superior to physical one

D. One well designed solution can release all stress

Statistics from National worker’s compensation indicate stress plays the most important role in 9......... which cause the time losses. Staffs take about 10........ for absence from work caused by stress. Not just time is our main concern but great expenses generated consequently. An official insurer wrote sometime that about 11...... of all claims were mental issues whereas nearly 27% costs in all claims, Sports Such as 12....... as well as 13....... could be a treatment to release stress; However, specialists recommended another practical way out, analyses 14....... once again.

大作文：Some people think that sport is very important for society. Others, however, argue that it is nothing more than a leisure activity. Discuss both views and give your own opinion.

25-26 B. Well structured (organization is very good)C. Insufficient for discussion (Do you think we have enough time for discussion? No, I don't think so.) 27-28B. Computers are not enough(so are the computers, people got to line up)C. Photocopying facilities are often inadequate(people need to wait for a long time) 29-30D. The class time is properly used.E. They find the class is very effective.

Describe a person you are happy to know

Describe an intelligent person that you know

Describe a person who you have lived with before

Describe a friend who is a good leader

Describe a person who came up with a new idea or invention, whom you know well.

Describe a person you want to be familiar with

Describe an old friend you enjoy talking with.

Describe a subject you studied in the past

Describe a book you read recently

Describe a souvenir you bought

Describe a foreign country(culture) you want to know more about

Describe an advertisement you remember well

Describe a day that you want in the future

Describe an occasion you wore the best clothes

Describe a time when someone helped you

Describe a dinner that you really enjoyed

Describe a meal you had with your friend

Describe a time when you missed an appointment

Describe a time when you needed to use your imagination.

Describe the best experience of your school/ university life you have had.

Describe a place you visited that has been affected by pollution

Describe a place where you enjoy staying in.

Describe a building that you enjoy the time being there

经历过漫~~长的等待,雅思终于千呼万唤又回来! 相信同学们真是等到花儿也谢了啊。这一次给大家送上了最新收集到的雅思口语新题，大家看了以后觉得怎么样呢？总体来说雅思口语part1的难度还是保持不变的,综合一些爱好类、抽象类的题。大家只要做到多从主观的角度去回答，就能有不错的发挥。比如你是一个爱干净的人吗？Not really, I am kind of lazy so, I would prefer just to tidy my room like, once per two weeks? I know it would be a little bit messy, but you know, I am a student who studies 24/7, so tidiness is not my top priority. 因为我比较懒，而且又是一个忙的要死的学生，所以保持干净这种事儿并不是我最在意的事情。从个人的人设角度出发，回答问题就会很简单了。 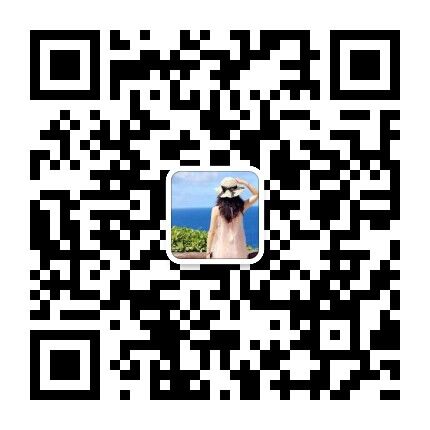